How to Sound Well-Traveled 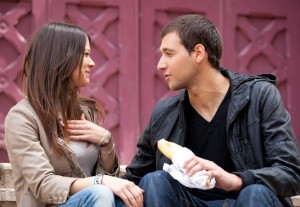 “Use some foreign slangs to impress her”

One thing women love for some reason is a man who’s been all over the world. While this might sound fairly random (and it is), consider the fact that simply by pretending to have been all around the world, you’ll be able to score more slags. Pretending to be well-traveled doesn’t sound so stupid when you think about it that way. Fortunately, you don’t have to dust off your passport to simply make a woman think that you’ve got hundreds of thousands of airfare miles under your belt. It’s easier than you think to sound like you’ve been all over the world, or to make it look that way without saying anything at all. Here are some of our favorite tips and tricks for fooling a slag into thinking you’ve traveled the globe.

Use a Foreign Phrase

You don’t have to know a lot of the language to impress someone. Learn one tiny phrase, especially in a language there’s no way she speaks (Asian languages are great for this), and watch her eyes light up. It’s as simple as saying, “Oh, this place isn’t as good as it used to be…shikatta nai. Oh, sorry, that’s Japanese for ‘it can’t be helped.’ I forgot most of my Japanese when I came back, but that one stuck with me.” Something like that means you’re able to not only let her know that you’ve been to places a local slag can barely dream of, but you’re also so well-traveled that going somewhere like Japan is just simply one of the many things that don’t impress you anymore.

Put Up a Photo On Your Profile

If you’re skilled with Photoshop, you never have to worry about even advertising your proficient travel profile. By all means, it can have an actual photograph of yourself in a foreign country, put it up on your profile. If you don’t, it’s not that difficult to Photoshop yourself into one. Most women don’t think that men can Photoshop their pictures as well as women do. Take advantage of this, and make yourself look like the kind of man who’s been everywhere. Don’t go overboard—one or two pictures will do. If she asks about the trip, just say, “It was for work, I don’t usually get too much of a chance to actually see the places they send me.”

Talk About Places Off the Beaten Path 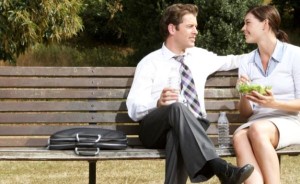 “Tell her that you went there on a business tour”

What do you do when your date has actually been to the places you’re claiming to have gone? Just talk about somewhere “off the beaten path.” This makes you sound even more worldly, and you don’t have to worry about her figuring out that you never actually went to that country. If she knows it very well, just say you were there for work very quickly. If she’s only been there once or twice, say something like, “You haven’t really seen Rome until you’ve been to this little place—it’s only a few streets away from the Coliseum, but everyone seems to overlook it in favor of the tourist attractions.”